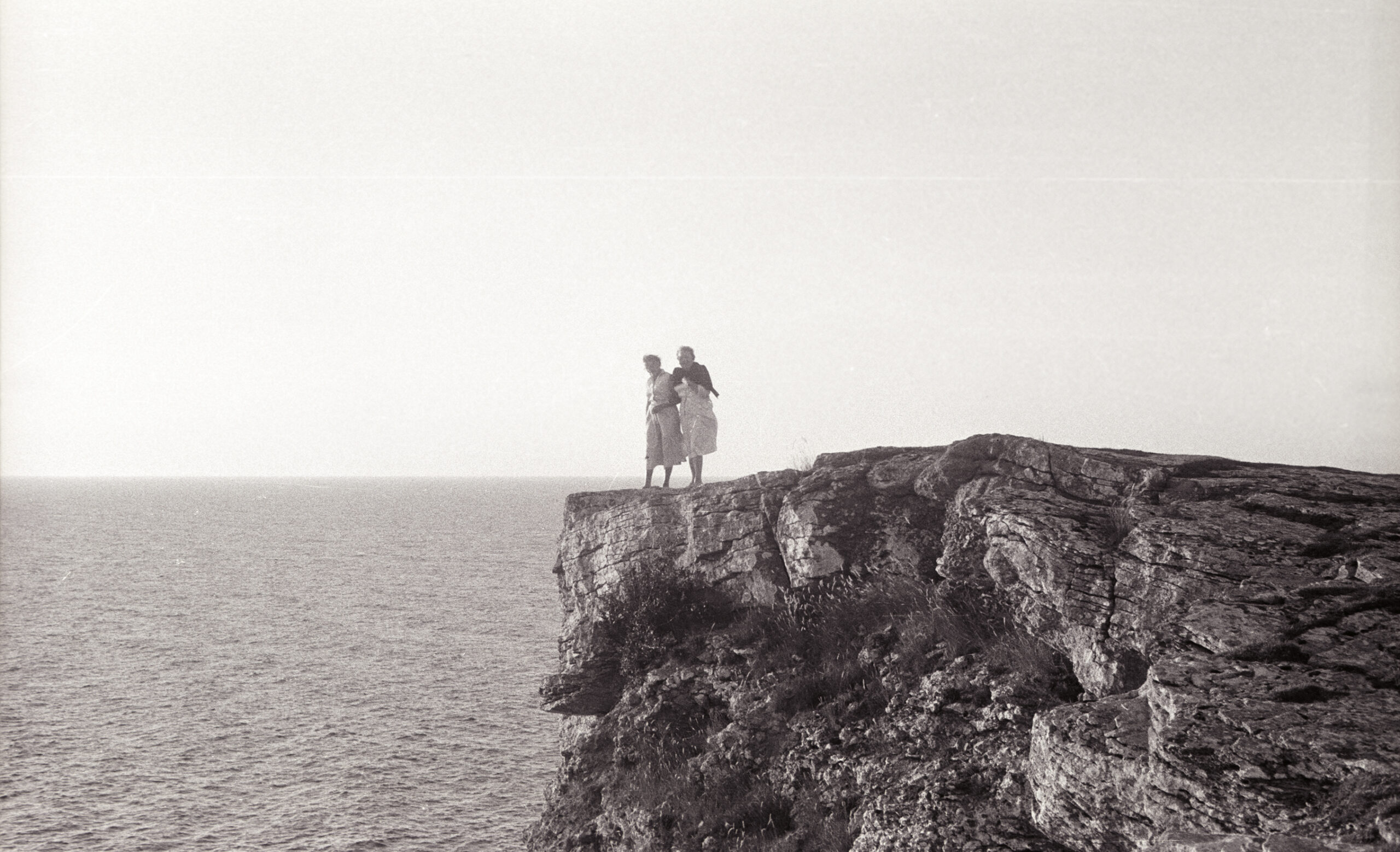 “At the Water’s Edge”. Memories from the divided Baltic Sea

Shortly after the end of the Second World War the former English Prime minister Winston Churchill held the famous Fulton-speech. He said: “From Stettin in the Baltic to Trieste in the Adriatic an iron curtain has descended across the continent.” But the iron curtain he spoke about started far more north, into the Gulf of Finland.

I spent my childhood summers on the island of Gotland. On the beach I could find things that the sea had washed ashore: old shoes, bottles and parts of packagings with texts in strange languages as Polish or Latvian. Or in Russian with the curios letters. These traces of life from the other side seemed like incomprehensible messages coming from a world completely unknown to a Swedish child in 1960s.

In the Baltic Sea the iron curtain was an invisible and a mute border. But it that made contacts over the sea impossible for near fifty years. The exhibition “At the Water’s Edge” attempt to shape a meeting place for memories from the shores of the divided sea, from a time when we could not meet.
Partners around the Baltic Sea contributed with collected memories and photos. The photos are mostly amateur-photos and of course analogue. This is before the time when everyone can grasp the smartphone when something extraordinary happens. The black and white photos are sometimes similar, regardless whether they were taken on the Swedish island of Gotland or at the East-German beach. In the written recollections our different situations are more evident.
The exhibition has an everyday life perspective. It does not claim to be representative. Perhaps it should be understood as a question: What significance have these memories today when new threat scenarios are arising around the Baltic Sea?

Following institutions have contributed: the Cold War Museum Langelandsfort, the Maritime Museums in Rostock and Flensburg, the Gdynia City Museum, Antanas Mončys House Museum in Palanga, the Artist Group SERDE i Aizpute, the Estonian Institute of Historical Memory i Tallinn, the Nordic Institute on Åland (NIPÅ) and the Gotland Art Museum in Visby. I have learned a lot in dialogues with friends in the Baltic Sea countries and also by an art intervention at the Gotland Art Museum 2014.

From June 2017 until the end of summer 2018 the exhibit has been shown in places where the memories have been collected. The exhibition texts are available in all the nine Baltic Sea languages. The project is supported by the Council of Baltic Sea States (CBSS).
(Please share your own memories and your comments in the blue book in the exhibition or by Instagram: #atthewatersedgebalticsea)
Hanna Sjöberg