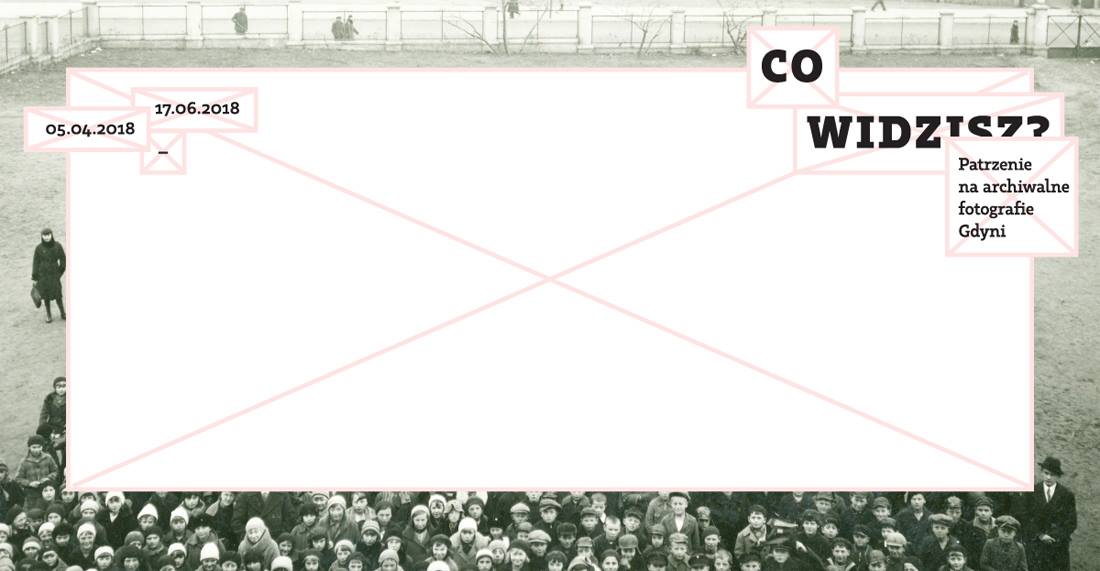 WHAT CAN YOU SEE?

„What can you see?” – answering such a question is not that easy. Everyone may see something different, though they look at the very same thing.

Looking at archive photographs of Gdynia is the theme of the exhibition: „What can you see?”
Come and look, which is an activity. We’ve arranged a number of situations in the museum, which make you look at photographs in different ways. Some of them require you to use your body – make a gesture or movement; other ones need you to free your imagination; there are some which encourage you to look at what seems obvious from a slightly different perspective. We offer you simple experiments that do not necessarily lead to results which have been planned in advance.

Gdynia City Museum’s photographic collection consists of over 40,000 photographs.
This collection is special for several reasons. Firstly, Gdynia which was given an urban charter in 1926 is the only major Polish town younger than the invention of photography. As a result, a large part of its history has been photographed.

Secondly, the opening of Gdynia’s temporary port in 1923 coincided with the production of Leica’s 135 film camera. It was a revolution in photography, thanks to its small size and technical capacity. When the new Gdynia was being built, documentary photography began to develop and private photography became commonly available.
What is more, Gdynia is believed to be a very photogenic city. Long, straight streets, modernist architecture, ships in the port, people on the beach and finally the horizon, which separates sky from the sea encourage you to photograph. The interwar period was the first chance to photograph the sea as a „Polish” one.

The way of looking is not something natural.
An eye, a natural organ and body part is for looking. However, what we see – notice or avoid looking at, is largely shaped by culture. Since we are children, we look at images (illustrations, prints, advertisements, films, photographs) which we learn to treat as obvious and unambiguous – we tend to pay more attention to what is presented in them than how they have been constructed. Photographs which are very common and, at the same time, often automatically treated as „objective” images of reality have an especially large influence on what we see and how we see it. They shape our idea of the world, also the past one.

For these reasons, photography is perfect for showing us the mechanism of the way we see things – making them non-transparent, see them as connected with culture and not natural, as constructed instead of neutral and relative instead of objective. Practising a „critical look” is about going beyond our own habits and looking at things from an angle, though we usually face them straight ahead. As a result, it improves „critical thinking” which consists in asking questions about what seems obvious and noticing the things that escape our attention. We hope that the experience of the exhibition „What can you see?” will let us not only look at photography in a different way, but also to see Gdynia and its history differently.

„What do you see?” is an exhibition with a question as its title – we assume that during the tour you can form your own observations and conclusions on looking at photography and interpreting it. A unique look at the archive photographs of Gdynia allows you to take a look at the past, too, to see the city’s present from a slightly different perspective.