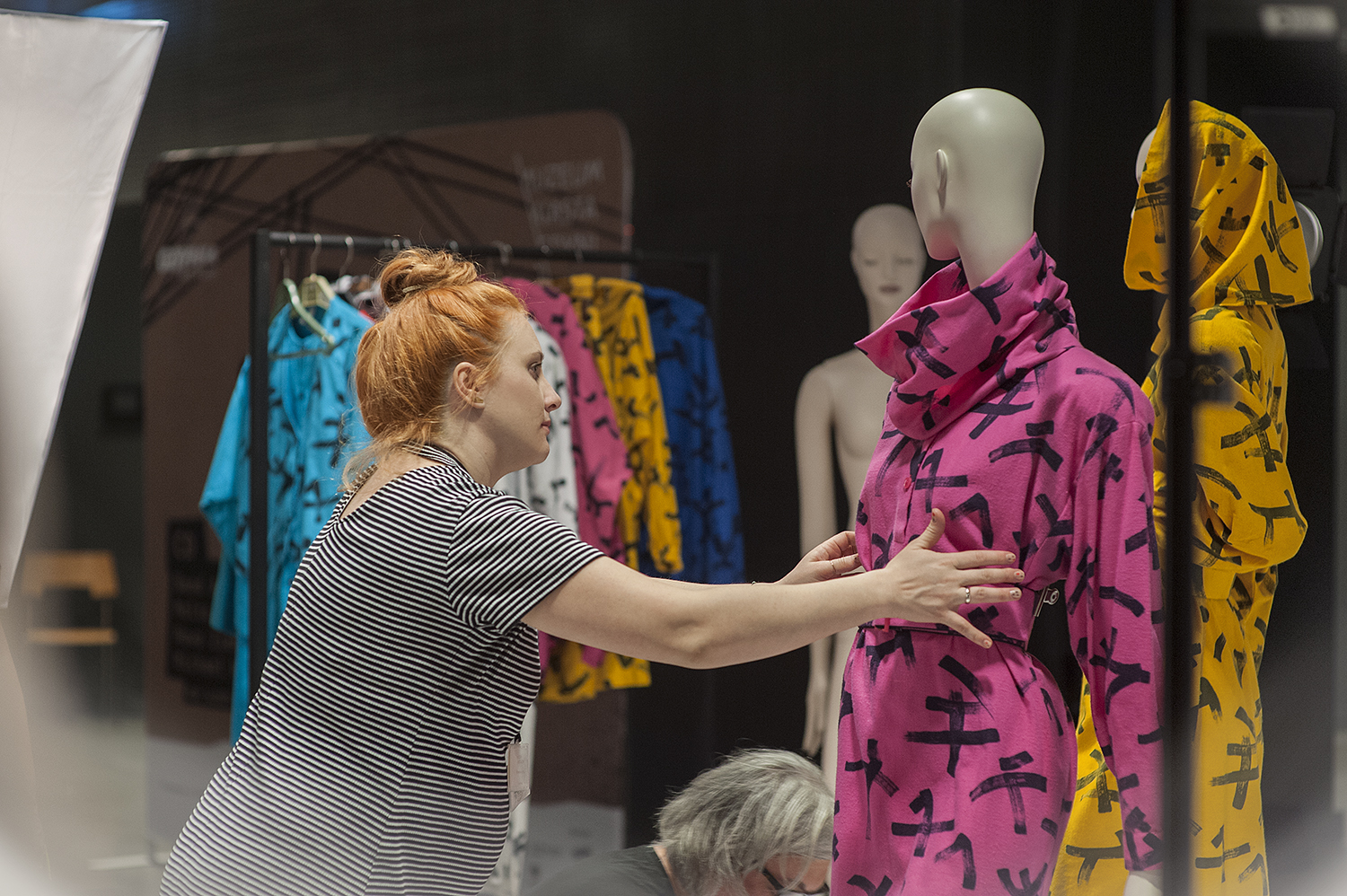 The sixth exhibition in Gdynia City Museum’s “Polish Design Polish Designers” series has exceptional promise. For the first time it will be focused on a woman – and an unusual woman, the fashion designer Barbara Hoff. Hard as it is to believe, her varied oeuvre has never been presented at a monographic exhibition. In Gdynia we will see numerous, often previously unpublished archival materials: drawings, designs, photos, films from fashion shows, and – what is most important – original Hoffland brand clothing, on loan from the National Museum in Warsaw, Central Textile Museum in Łódź, and many private collections.

Barbara Hoff is a one-of-a-kind creator, escaping the traditionally understood definition of a designer, usually a graduate of an artistic school or a technical institute. For Hoff is an art historian, and her ties to fashion began not with design, but with writing – she wrote on fashion for the cult “Przekrój” [Cross-Section] weekly since 1954. Only in later years she became a designer with her own clothing brand. Her Hoffland became synonymous with “fashionable mass production” to millions of Poles.

Our exhibition will revisit Barbara Hoff’s immensely interesting design trajectory, covering more than half of the 20th century. We will see her as a trendsetter, with her first fashion proposals in the DIY (“do it yourself”) movement, including the already famous design for “coffin shoes”, i.e., how to turn cheap tennis shoes into ultra fashionable ballerinas. We will see a trendwatcher who, by describing the fashions from catwalks and streets in Paris or London in letters to “Przekrój”, conveyed the news of what was “in” in the world. We will get “a flash” of her as a photojournalist, finding fashionably dressed students in the streets of Krakow and jazz fans coming to Sopot. But it is as a fashion creator she will be shown to the fullest – a creator in full sense of the word, not just designing the clothing, but also organizing and overseeing the entire process, “design to sales.” Finally, she will be shown as the stylist for models, often actors, musicians and dancers friendly with the designer. During the fashion shoots for “Przekrój,” they posed in prototype “own collections” by Hoff, soon to be sold by the hundreds of thousands at Hoffland counters in Domy Towarowe “Centrum” [“Center” Department Stores].

Hoff, said to be an institution, a dictator, a phenomenon, for several generations of Poles was first and foremost a designer, having Poles dress fashionably, colorfully and inexpensively despite the rigors of Socialist reality. Her cult designs for Hoffland are not just an important chapter in the history of Polish design, but also a part of “daily iconosphere” of Poland in the 70s, 80, and 90s of the last century. Let us get acquainted with Barbara Hoff, and inspired with her concepts – not just in fashion!