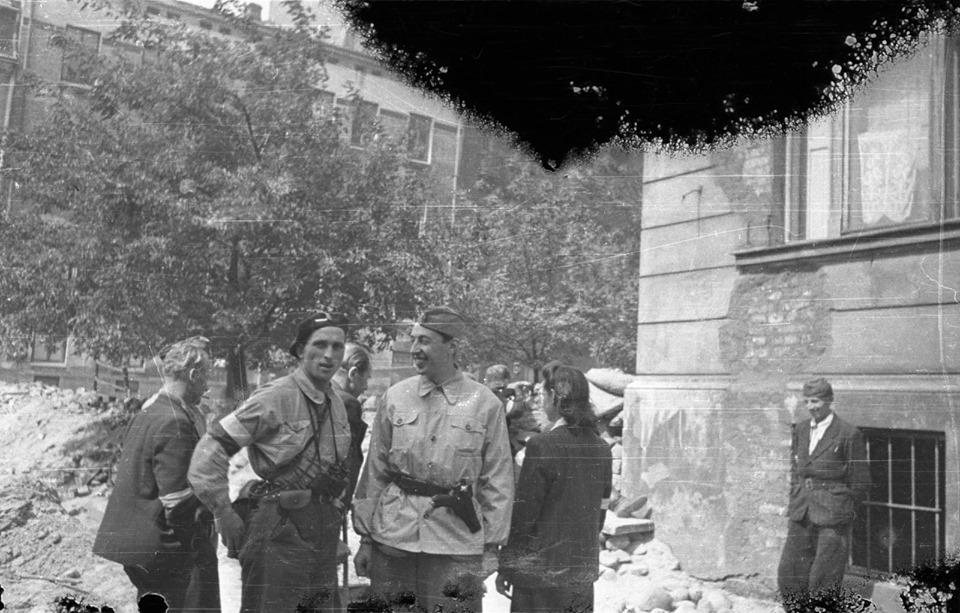 The Warsaw Rising is an important and frequently raised subject. The exhibition 75 Photographs by „Joachim” on the 75th Anniversary of the Warsaw Rising will allow to look at this issue from the perspective of an inhabitant of Gdynia, Joachim Joachimczyk nom de guerre „Joachim”. He took part in the fighting of September 1939. After the capitulation he did not come back to Gdynia but became engaged in underground activity in Warsaw. From 1942, he served at the Bureau of Information and Propaganda for the Headquarters of the Home Army (AK). During the Warsaw Rising, he worked as a photographer, which resulted in thousands of photographs. Not all of them survived until today.

The idea of the exhibition was born thanks to the initiative of Stowarzyszenie im. Bolesława Srockiego (Bolesław Srocki Association), Stowarzyszenie in Gremio (In Gremio Association) and Pierwsza Społeczna Szkoła Podstawowa w Gdyni (Community Primary School No. 1 in Gdynia). Thanks to the help of the Warsaw Rising Museum and co-organization by the Gdynia City Hall, Culture Centre in Gdynia and the above-mentioned association, the idea became reality.

We would like to present 75 selected photographs by Joachim which depict the Warsaw Rising. In appreciation of a broad spectrum of themes in „Joachim’s” photographs, the exhibition was divided into four sections: Insurgent Forces, In the Quarters and in the Free Time, Day After Day Under Fire, Warsaw under fire and a supplementary part devoted to the author of the photographs.

The exhibition of photographs by an inhabitant of Gdynia who captured so many aspects of the Warsaw Rising will allow us to look at this event in a unique, yet matter-of-fact and multidimensional way.